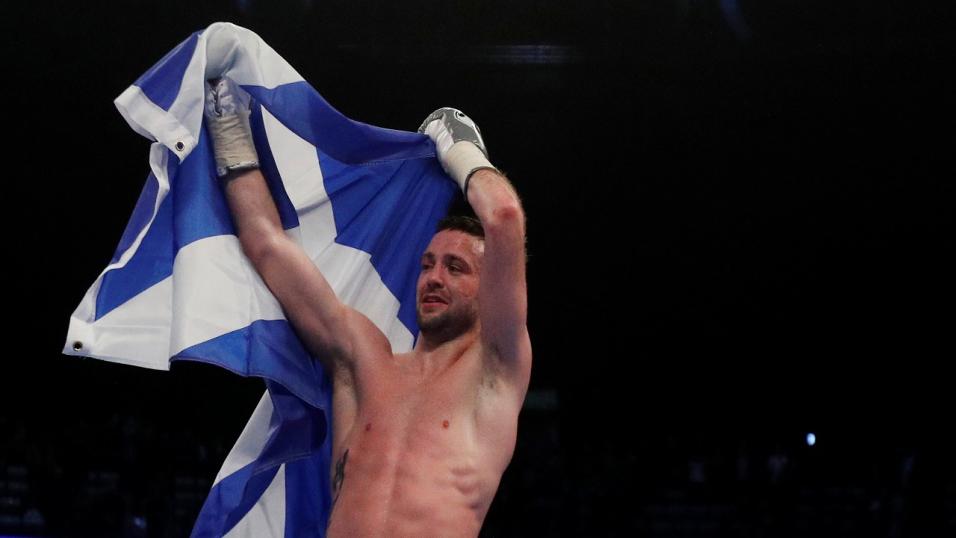 As historic nights go for scottish boxing, the 18th of May 2019 will be etched in history as not only where scotland ‘rose again’ and produced another boxing world champion, fighters also contested to enter the final of the most prestegious trophy in boxing the Muhammad Ali trophy. A fight card double main event was on show littered with titles up for grabs, the IBF, WBA and Ring Magazine.

The kid from prestonpans, Edinburgh produced a coming-of-age performance to realise a lifetime dream of becoming world champion beating up the tough Belarusian, 117-109 and 115-111 twice in front of a packed out Hydro Arena, Glasgow organised by the impressive world boxing super series team who produced another stunning event production. The event was broadcast live on Sky Sports UK and DAZN USA.

In the early rounds it was nip and tuck with both fighters willing to throw leather and both landing clean, however Taylor edging it with the punch connection ratio higher. Taylor began to gain more control from round six after overcoming a slightly rocky round five where momentum shifted a little with Baranchyk catching the scot clean a number of times however Taylor would display the more effective ring generalship and footwork. This led to the defending IBF champion being put down twice in round six. From there on in Taylor didn’t look back and dictated proceedings making Baranchyk swing wild and miss due to Taylor’s movement and impressive variations of combination punching.

The home crowd were in full voice and roared ‘The Tartan Tornado’ to claim his first world title. Speaking afterwards Taylor said: “This is a dream come true, i’m over the moon. I took more risks than i should have and switched off a couple of times, it could have been easier, thanks to all my fans”

Elsewhere on the card:

WBSS Bantamweight semi-final Co Main Event, WBA champion Naoya Inoue (18-0, 16 KO) is now a three divsion champion after a 2nd round knockout over defending IBF champion Manny Rodriguez (19-1, 12 KO) nicknamed the monster this superstar has phenomenal accuracy and timing which Rodriquez was simply blown away with despite a valiant effort from the challenger who left it all in the ring. This was the first time Inoue had went to round two in three fights. He now progresses to the final having gained the IBF strap and coveted Ring Magazine belt, a special talent making world level fighters look ordinary. Next up is ‘The Filipino Flash’ Nonito Donaire who holds the WBA super title.

Lightweight Chantelle Cameron (10-0)  under the guidance of her new team of Jamie Moore and Nigel Travis continues her pursuit of unbeaten, unified lightweight titlist Katie Taylor as she won with a 2nd round knockout of Vaida Masiokaite. Next up for the unbeaten Northampton star is a June 28 lightweight title eliminator versus Anisha Basheel, with the winner to become the mandatory challenger to Taylor’s June 1 undisputed lightweight championship clash versus current WBC titlist Delfine Persoon in New York City.

Bantamweight Lee McGregor was taken the distance for the first time in his career, winning a six-round shutout versus late replacement Brett Fidoe.