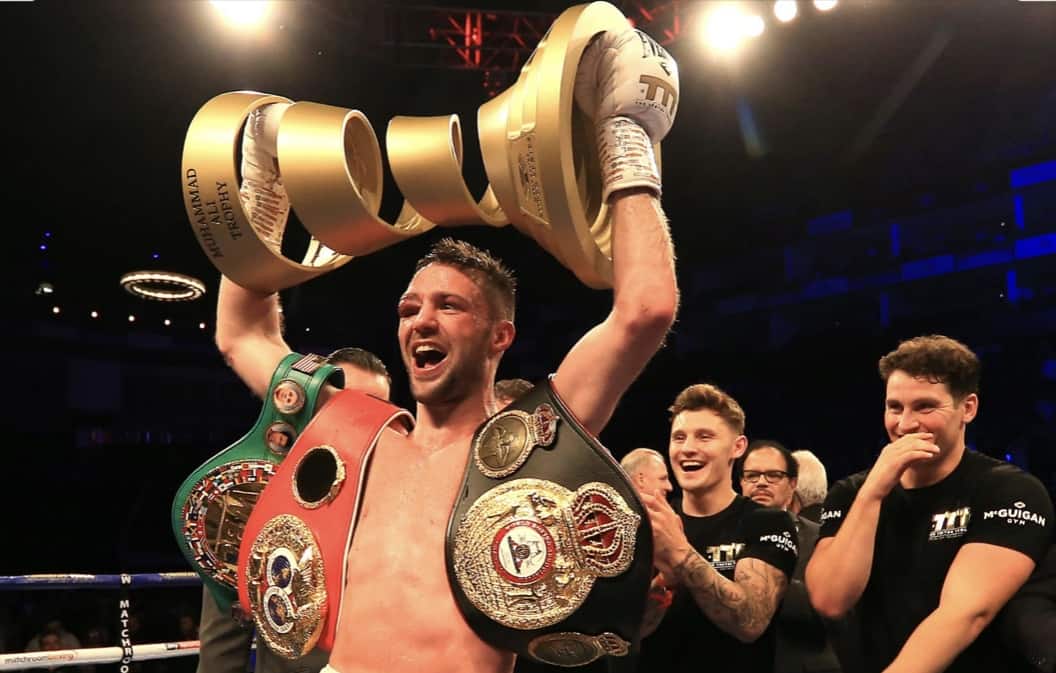 When former WBO Super-featherweight boxing champion Alex Arthur told a young Josh Taylor in his Meadowbank Sports Centre Gym to “get up and hit the bag” little did he know then history was in the making.

Josh Taylor will tell you himself it was this meeting many years ago in Meadowbank Sports Centre Scotland orgainsed by Mum Diane that he knew where his future lay.

The Tartan Tornado is also the first Scotsman to unify world title belts since February 1971, when then WBC lightweight title holder Ken Buchannan outpointed WBA champion Ruben Navarro in Los Angeles. Saturday night was no ordinary victory for Taylor it was also no ordinary victory for Scottish sport and the streams of Taylors adoring fans who made the journey to London, a victory which surley resonates around amauter clubs in the U.K. to.

Taylor and Prograis exchanged many verbals in the lead up to the final however you cannot doubt the class of the american either, they say it takes two to tango and this was certainly the case in the final, Prograis showed a depth of character that many had not seen of the New Orleans southpaw along with very fast hands and elusive head movement, ultimatley it was Taylor who had the edge in exchanges despite both fighters receiving eye injuries in this fight of the year contender, it was one of the most brilliant fights of 2019 there were no losers.

So whats next, well likely a deserved rest for Taylor and his close team at McGuigan’s Gym although the name Jose Ramirez might not go away just yet, speaking after the fight Taylor added ” Jose Ramirez is unbeaten and holds the WBC and WBO belts so that fight would crown the undisputed champion, that would be some accomlishment wouldn’t it? ”

As for Regis Prograis he commented ” i want to thank all the fans in the U.K. i enjoyed that fight i’m sure he (Josh) did to, if he wants a rematch then i’m happy, i’ll be back”

Taylor could look at the Prograis rematch next year and both will likely have fights in between, Taylor may have mandatory obligations with the IBF prior to any Ramirez or Prograis fight. As of right now Taylor is one of boxings biggest players and has earned every inch of his reward. A victory dedicated to Taylor’s father-in-law who sadly passed away this year whilst his trainer Shane McGuigan lost his sister. Manager Barry McGuigan went on to say afterwards ” The moment i met him, i knew he was special, sixteen professional fights, he’s sensational this kid. He showed tenacity and courage that only the great fighters show”