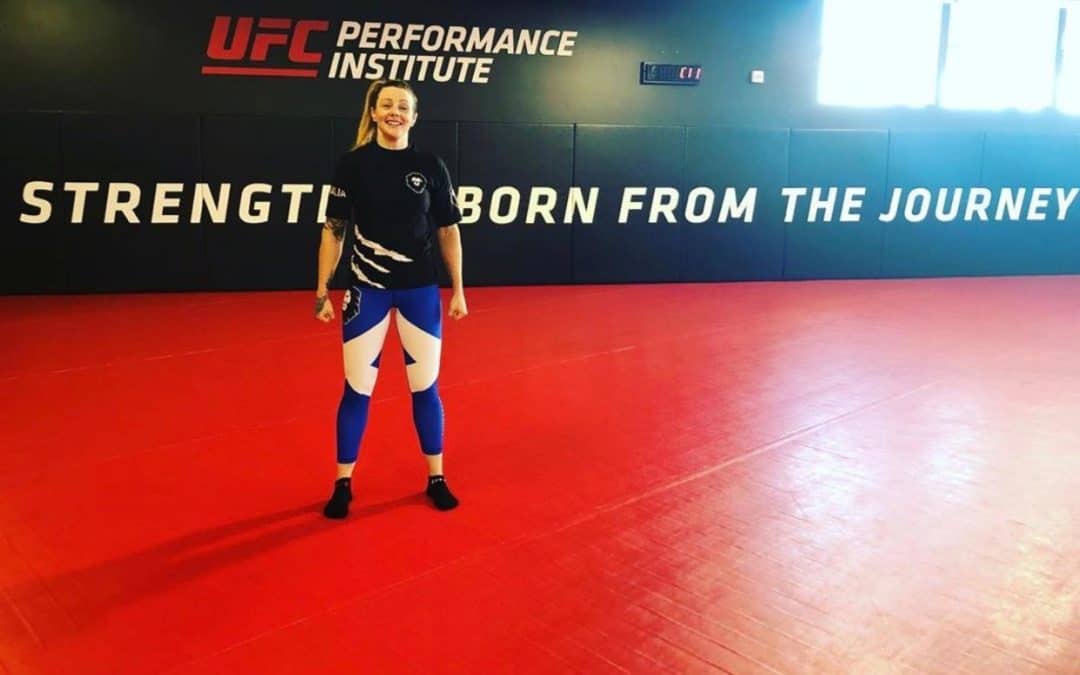 As female participation is sport continues to rise dramatically and investment and exposure now and rightly so bigger than ever, the art of being a full-time athlete is still as tough, there are no shortcuts.

Scottish UFC mixed martial artist Joanne Calderwood knows first hand the journey and the continued effort and sacrifice to compete at the very top, you simply cannot understand it unless you’ve been there, from making decisions to leave family to pursue your passion, living in temporary accomodation whilst training, proving your ability in gym after gym, trying to finance your journey for ultimatley aiming to work with one of the biggest brands in sport the Ultimate Fighting Championship. Its not about money its about passion, drive and to do what you love. No risk no reward in this brutal controlled sport. Self discipline and life experience is tought by combat sports like no other.

Next up for JoJo to enhance her flyweight credentials and to put her in a postion for a potential title shot is on the UFC 238 card against Katlyn Chookagian 11 wins 2 defeats at the United Center in Chicago on June 8, Chookagian is ranked third in the flyweight rankings whilst Calderwood is ranked sixth. The bout is part of a main event card featuring Henry Cejudo vs. Marlon Moraes for the UFC bantamweight title screened live on BT Sport pay-per-view following prelims on ESPN and UFC Fight Pass.

Now based in Las Vegas after a spell in Canada JoJo appears to have the formula for her title push under the tuition of the Syndicate Gym and also training out of the UFC Performance Institute.

Despite being many miles from home the scots fighter has always been proud of her heritage and you will normally see her enter the ring on fight night with the Scottish flag around her shoulders. Always enthusiastic to help others JoJo has recently formed a sponsorship deal with a Scottish community based hub from Uddingston Glasgow, Animalia Apparel fightwear and fitnesss collection founded by Tony O’Neil which was developed to encourage people through physical and mental health adversity to ‘Unleash The Animal’ within themselves and achieve their goals.

Animalia are currently working on a number of youth hub projects within Scotland to help people from all backgrounds to assist with providing guidance, support and a network to assist in giving something back to the local communities. Providing a pathway in to sport, employment or simply health and wellbeing.

Tony said ” Animalia are delighted to have such a positive role model in Joanne on board and backing what we do, she is a great example of what we look to achieve as a help centre, we are working hard with her team to produce some exciting projects whilst supporting her journey to the top”

JoJo via Instagram, ” So happy to be representing Animalia Apparel, each time i train i can train in my Saltire but also other cool designs”