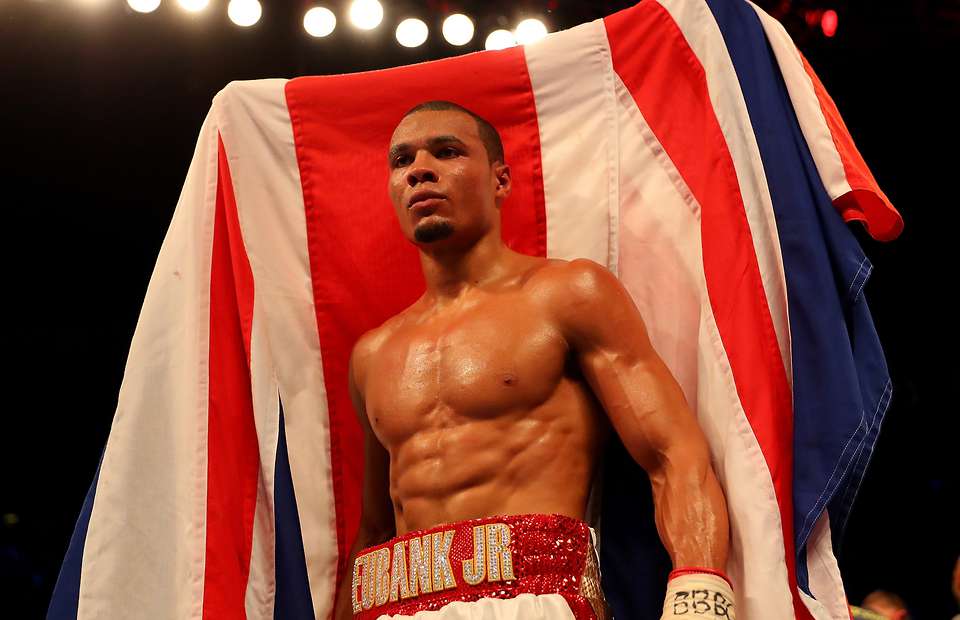 Eubank Jr in what was arguably his best performance of his career to date scored two knockdowns and overcame a point deduction to win a unanimous decision in this British grudge match and also collected the vacant IBO super-middleweight title.

George Groves however Jr appeared to have gained valuable experience from these defeats.

Former two time super middleweight champion DeGale (25-3-1, 15 KOs) lost for the second time in three fights. American underdog Caleb Truax stunned him by winning a 12-round majority decision in December 2017 in London. The question is and based on De Gales performance, is the desire still there, Eubank Jr though must be credited with an all-round much more polished performance than we have seen of him previously.

The first round seen DeGale land a left hand early that caused Eubank to hold. An accidental clash of heads followed and caused a cut around DeGale’s right eye.

The second round saw a hard left hook by Eubank knock DeGale into the ropes, which held him up for about 45 seconds Eubank then blasted DeGale with a right cross seconds later, a shot that caused DeGale’s right knee to touch the canvas for the first knockdown.

As the action continued in to the third De Gale was switching from Southpaw to Orthodox to try and put Eubank Jr off his timing but Jr was landing clean with calculated pressure with sharp left hooks and short straight rights as oppose to his previous swinging wide right hooks.

As the fight wore on it became pretty scrappy in patches with both boxers wrestling each other more than landing anything this was evident in round five particularly when referee Alexander called for timeout with 50 seconds to go following an accidental clash of heads.

Round seven seen two right hands by Eubank make DeGale hold when there were about 45 seconds to go, DeGale switched to a right-handed stance moments later and held off an aggressive and impressive Eubank for the remainder of the round.

In the eighth Eubank was still making the lacklustre DeGale retreat by landing a left and a right as DeGale moved backward, De Gale appeared to struggle to get his shots off and was not using his jab to effective as we know of him whilst Jr was using his ring generalship well.

Similar patterns ensued in the ninth as Eubank caught DeGale with a left hook that made the former champion hold him early, DeGale tried to slip and counter Eubank, but he didn’t land many clean punches in those three minutes.

A huge left hook by Eubank buckled DeGale’s knees with 25 seconds remaining in the 10th round. Eubank attacked DeGale again literally chasing him to the other side of the ring and eventually forced DeGale’s glove to touch the canvas.

That saw the second knockdown Eubank scored in the fight and the third knockdown of DeGale’s career. The bell sounded to end the 10th round a couple seconds after DeGale reached his feet.

In the eleventh Referee Alexander deducted a point from Eubank for body slamming DeGale to the canvas 53 seconds in, much likely from frustration from De Gales holding and leaning over Eubank.

Eubank tried his best to knockout DeGale throughout the 12th round as he landed several vicious body and head shots during that three-minute period.

DeGale spent much of the 12th round moving and holding, and at times did engage however it appeared to little to late for the former two time champion who although raised his arm after the final bell you could tell his corner were not convinced whilst Eubank Jr was just awaiting the formalities.

This appeared to be somewhat redemption for Eubank Jr who has traded insults of sparring stories with DeGale for years a long with trying to secure a place amongst Britains current best middle and super middleweights Billy Joe Saunders and George Groves.

Eubank went on to say after the fight” I’m very happy and in a position to go out and challenge for world titles now. I felt comfortable and I felt I dominated the whole fight. He was awkward. I used smart pressure. It’s collection season i’m coming for all the belts”