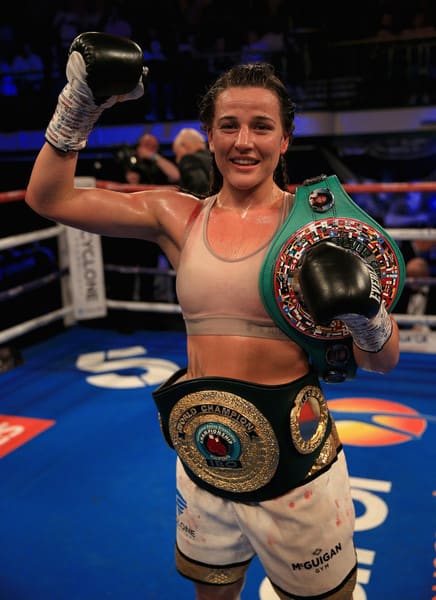 The Northampton boxer and former Team GB athlete and kickboxing champion took to her Instagram on Friday February 1st detailing her disappointment of the split.

Chantelle posted an Instagram statement and went on to say “Just to announce I’ve decided to part with Cyclone Promotions and the McGuigans.

It is going to legal action and I’m restricted in what I can actually say however we had a meeting which was meant to be amicable, they know the distress they have caused me and how isolated they made me feel, humiliated and just deflated, they had no time for a female boxer.

I was supposed to be training five times per week, which never happened I trained three times per week in London, however most of my training was in Northampton. My last fight camp was four weeks and I’m sick of the circumstances of chasing money and it’s been seen in my most recent performance”. (Jessica Gonzalez, York Hall,  London October 13, 10rd UD win).

Taylor will be just one title away from becoming the division’s undisputed champion if she adds the WBO belt on Friday, March 15, live on Sky Sports and DAZN USA on a bill which also features Tevin Farmer’s IBF super-featherweight title defence against Dublin’s Jono Carroll.

Cyclone Promotions was established in 2013 and founded by the McGuigan family. Over the past five years Cyclone have promoted sell-out championship boxing events in both the UK and the USA, including world title fights in Belfast, Cardiff, Manchester, New York and Las Vegas.