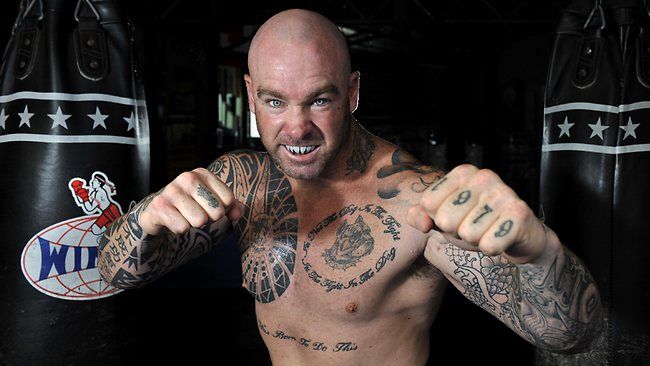 Heavyweight Lucas ‘Big Daddy Browne’ came through a slippery contest and game opponent to continue his quest to reach world titles again and stay on track for a showdown with Dave ‘ The White Rhino’ Allen April 13 at London’s O2 Arena.

Kynoch Boxing Promotions once again along with Wildcard events had staged this very impressive boxing dinner show March 2nd at the luxury Trump Turnberry Resort, Ayrshire, Scotland. The six fight card did not disapoint with three titles up for grabs and including former WBA and Austrailia’s first ever heavyweight champion Browne.

In a six round contest Lucas Browne backed by energy drink Rich Energy looked in possibly his finest shape to date coming in to his 28th professional fight against Kamil Sokolowski who resides in the UK however is native to Poland, Sokolowski was a game opponent and was arguably the test the Aussie needed prior to his huge fight with Dave Allen.

Round one was a slow start however Browne did not seem to envisage Sokolowski not getting the memo as the Polish fighter was landing the cleaner jabs and seemed to start quicker not allowing Browne to settle, you could not split the fighters in the opening bout.

On to round two and Sokolowski starting the faster again seemed to catch Browne with a flash jab early on which sent the heavyweight to the canvas, Browne was counted by the referee however did not seem too concerned with the knockdown. The fight continued to be back and forth and Browne this time landing something of note with some nice counter uppercuts, the knockdown possibly waking up the former WBA champion.

Round three and both fighters were trading heavy leather the fight and the crowd were warmed up for sure, Sokolowski with good movement was catching Browne with some nice combinations whilst Browne would continue to have success with his uppercuats and body work, Browne was beginning to outmuscle his opponent.

By the time the fourth round came both fighters were still in this contest, a fight which some may have thought would not go this far, with jab success in this round and straight right hands Browne was looking more relaxed, a cut had also opened up on his opponents nose in this round whilst Browne pushed back his opponent.

Two rounds to go and again subjectivley you could still see this fight as even on the cards, it would go down to the judges after the full six rounds and a huge ovation from the sold out Ballroom within the resort. Browne got the nod on points.

Elsewhere on the card Aberdeen’s unbeaten hot prospect Welterweight Dean Sutherland (6-0, 2 KO’s) continued his good form and with a good test in Ryan Toms from Middlesex, a competative 6 round bout which ran out 59-56 to Sutherland.

Next up was another 6 round contest, Middleweight Trigger Wood from Dumfries Scotland (4-0) versus Victor Edagha, a top performance from Wood who has a polished style and doesn’t do anything too crazy however is compact and effective, he cut off the ring nicely in this one as his opponent was slippery and awkward and would try to hold many times, Wood kept his head and ran out a comfortable winner  60-54.

It was then on to the first ten round fight of the evening with Irish super-welterweight Celtic title holder Jay Byrne up against the unbeaten Stefan Sanderson from Scotland.

This was a top contest and one of the fights of the evening with both fighters not taking a step back, blood and guts performance, both fighters had their moments in the fight however it was the Irishman who retained his title with the cleaner and more effective work, the judges scored it 98-93 and 96-94 Byrne and the other 95-95.

Contest four was another super-welterweight bout this time for the vacant Scottish title and fought out between Paul Kean from Dundee and Craig Kelly from Paisley, a ten round contest which was a shoot out from round one, eventually Paul Kean settling this one by KO in round three with a combination of body and head punches to stop Kelly in his tracks, Kelly got up however the referee deemed in no fit sate to continue.

The main event and final bout of the evening was for the Scottish lightweight title over ten rounds with local prospect from Ayrshire Calvin McCord against the durable and tough Marek Laskowski who resides in Aberdeen and is native to Poland, this contest did not disapoint with a frantic pace throughout with McCord eager to impress in front of his home fans who raised the roof of the venue.

McCord may have been too hyped up to start with as although he was impressive and started well he did get caught with two flash knockdowns in both round one and two from the accurate polish fighter, McCord giving himself a tough nights work to start with, as the fight wore on McCord continued to work the body of his opponent and in round five had Laskowski hurt however the polish fighter would stay on his feet.

In to the second half of this fight and the pace was not slowing, it was a fantastic effort by both fighters and McCord recorded his first knockdown in the seventh with another body shot this time Laskowski could not stay on his feet and took a count. The eighth round was toe to toe but the polish fighter had not recovered in time from round seven to eight and succumbed to more huge body punches from McCord who stopped his opponent finally in the eighth and recorded his first professional title to the delight of the home crowd.

A top evening and a great platform for all the fighters to gain much needed exposure and a little special with former WBA champ Browne being in attendance. The fans stole the show!