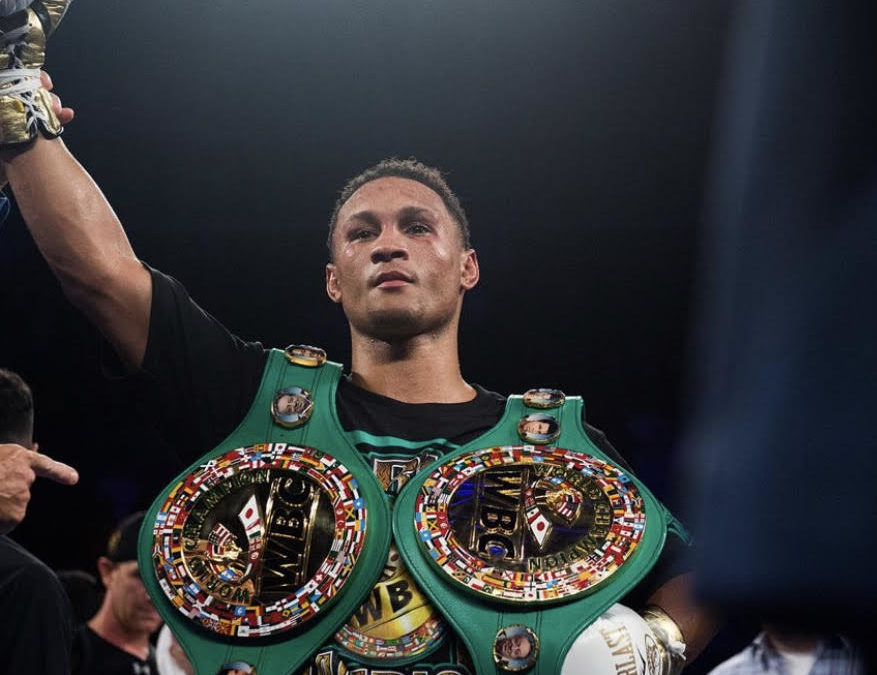 The Lakefront Arena, New Orleans, USA was the venue Saturday night where WBC interim super lightweight champion Regis ”Rougarou” Prograis (23-0, 19 KOs) maintained his unbeaten record with a solid performance to take a twelve round unanimous decision over the UK’s Terry ”Turbo” Flanagan (33-2, 13 KOs). The Judges scores were 119-108, 118-109 and 117-110.

Prograis was entering his third fight of the year, after stopping Juan Velasco in eight rounds in July and stopping former world champion Julius Indongo in just two rounds in March.

Flanagan, who previously held the WBO world title at 135-pounds, was coming back from his first career defeat, which was a twelve round split decision loss to American Maurice Hooker when they fought for the vacant WBO junior welterweight world title in June.

The action was very competitive, as Flanagan held his ground with a tactical approach. Prograis had a slight advantage in the early rounds going with his mix of punching combinations and defensive footwork.

Prograis was being more productive with his punch output in the third and applying more pressure on Flanagan. Outside of his jab, Flanagan was not having much success with anything else, much to the credit of the good defense of Prograis. The early rounds followed this pattern

Flanagan had more success with landing some clean shots as they entered the second half of the fight, however, Prograis was out landing him and outworking him, which in turn would be reflected in the judges’ scorecards.

In the eighth, Prograis dropped Flanagan with a hard hook. He beat the count and Prograis then continued to land while looking for the finish. A cut opened up around the left eye of Flanagan, Prograis continued to let go with punches as Flanagan was unsteady around the ring – but was fighting back and managed to survive.

Prograis continued his shots in the ninth and tenth, Flanagan also put together some good combination work in the eleventh as he continued to show heart and why he was a former champion against Prograis.

Flanagan got stunned with a few more hard shots in the final two rounds, however both fighters seen out this highly competitive match up.