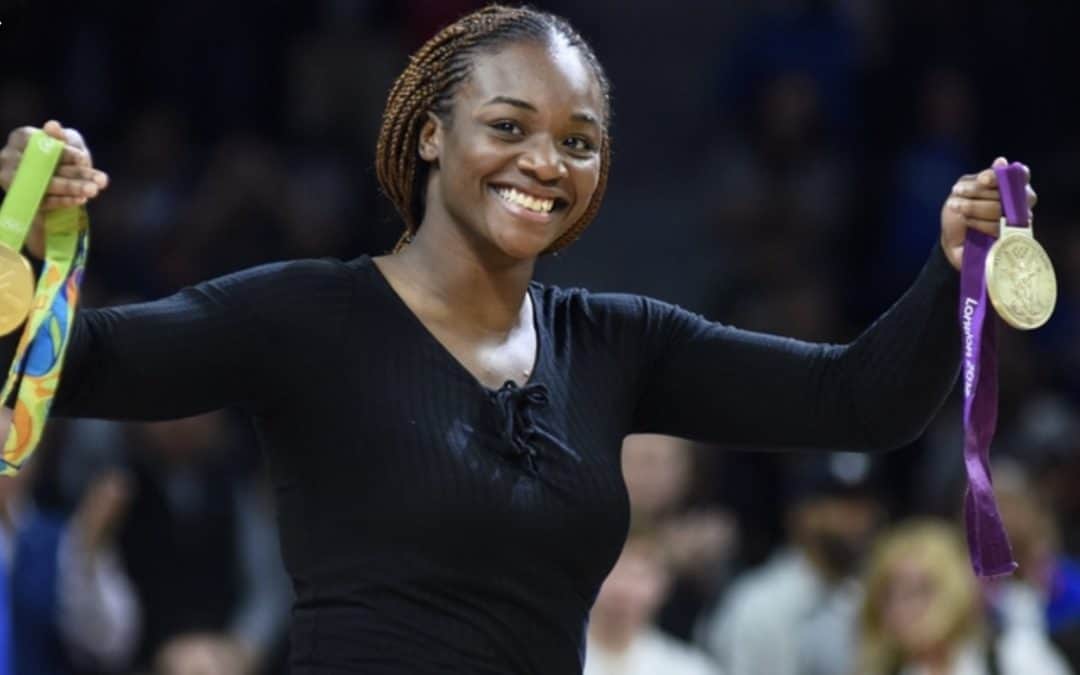 Why is there a sudden spike in interest for female professional boxers by audiences and mainstream promoters alike? I have the unfortunate view of a man’s perspective on this topic, but I also have the fans perspective; a boxing fan transcends any gender and most discriminations. Boxing is a community that accepts anyone and respects anyone that goes between the ropes.

Since 2016, the boxing world has seen a noticeable increase in the interest of women’s professional boxing with a focused investment from mainstream promoters including UK’s rival promoters Eddie Hearn and Frank Warren. Every promoter worth their salt had to sign the next female boxing superstar. It was the start of an era.

Following on from the London Olympics 2012, Glasgow Commonwealth Games 2014 and the 2016 Olympics, which featured a trio of female boxing superstars in Katie Taylor, Nicola Adams and Claressa Shields, females success in contact sports was gathering pace, and rightly so.

The UFC has drawn millions of viewers with female headliners, most notably Ronda Rousey, who reportedly has a net worth of $12 million; which makes her one of the richest MMA fighters in the world.

Her downfall came in November 2015 when she took on Holly Holm, a former boxing world champion, who completely outfought Ronda with her superior boxing skills. The fight itself was Pay-Per-View and according to mmafighting.com, it topped over 1 million buys, a feat which no UFC event has achieved previously.

Is it a coincidence the following year was reported by many news outlets the era of professional female boxing? No, the promoters have seen the numbers from MMA and made a calculated investment. However, none of this would be possible without the skill of the female boxers becoming ever closer to their male counterparts.

Katie Taylor, Ireland’s national hero, has taken female boxing to a new level by transcending gender and becoming not just a great boxer. Her style is devastatingly explosive for the casual and technical mastery for the purists.

Eddie Hearn made the genius decision to sign the female talent and showcase her ability to both the UK and US audiences, which seems to be paying off for Katie; as The Sun reported she earned over €100,000 for her main event fight with Jessica McCaskill at The York Hall in December 2017. Nicola Adams was featured on Frank Warren’s Leicester show in October and was said by many to be the best performance of the night.

Claressa Sheilds, now fighting on Eddie Hearn’s Matchroom USA and DAZN cards in America, is one of the most talked about boxers in the world. As a two time Olympic gold medallist (making her the first American boxer female or male to win consecutive Olympic medals) Shields is the unified world champion in two weight classes and at only twenty-three years old, she has the potential to become one of the most successful and top-earning female athletes ever. With Taylor, Adams and Shields fighting to an elite level in all boxing sense of the word, the audience are able to transcend their prejudice on gender and be entertained by skilful, well-rounded athletes.

However, there needs to be a level of professional standard for it to be entertainment to the mainstream public. The level of competition for female fighters has transformed in past years as MMA welcomed all comers from all fighting backgrounds, including Judo, Taekwondo and Boxing. For Boxers such as Holly Holm, who came from a championship level of boxing background, they’ve thrived in MMA because of their superior stand up game and have entertained the audience because of the balance of competition.

It can be rare to have more than one female boxer in the gym, and most of the time they represent their clubs and country in national competitions, but there isn’t enough of strong level competition for them. This will limit the audience appeal and transferring their skills into the mixed martial arts world would give them a lot more options.

Now with the investment made, and the interest starting to spike with more mouth-watering fights being built for the future, it will encourage more females to step inside the boxing gym and start producing stars of the future.

If I had to bet on it, female professional boxing is only going to increase in popularity and levels of ability, with successful financial returns for the boxers and all involved.