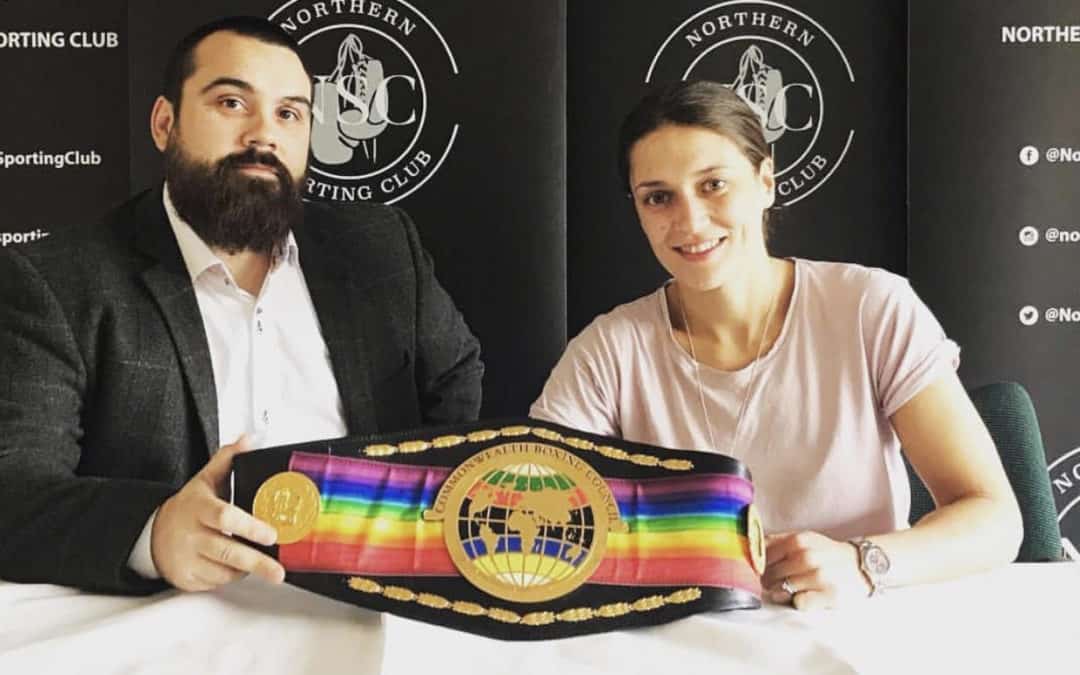 UK Commonwealth bantamweight titleholder Kristen Fraser (6-0, 2 KO’s) from Aberdeen Scotland is a champion in a hurry. After making her pro debut in March 2017 she has racked up six straight wins and already a commonwealth belt around her waist after stopping her last opponent in November, Malawi’s Ellen Simwaka with a body shot in the fourth round, Simwaka could not recover to come out in the fifth.

Fraser (30) who is now the number one ranked British female bantamweight and fourteen in the world fights out of the Granite City gym and is one of a stable of boxers guided by a management team lead by David McAllister, Fraser has been with her team since the age of seventeen.

Trust is key in any successful relationship, a reason why whilst fighting Fraser who has a long-term female partner who is expecting their new arrival next year has been vocal in her support of Scotland’s Stonewalls LGBT rainbow laces campaign in promoting inclusion for Lesbian, gay, bisexual and transgender people in sport.

Stonewall Scotland’s campaign is to change attitudes in sport and make sure that LGBT people are welcomed and accepted at all levels of any sport. Sadly, many lesbian, gay, bisexual and trans (LGBT) people have a poor experience in sport and have experienced discrimination because of who they are.

Kristen had this to say on the matter ”In the modern day world people are committing suicide over their fear of coming out regarding being gay and feel they don’t have space, visibility is progress and that is why I wear the rainbow on my ring entrance jacket and keep my shoelaces colourful”.

The Commonwealth champ is another admirable athlete within the rise and momentum females in sport are enjoying, and rightly so.

2019 will be a hugely significant year for the full-time worker and professional boxer as she will seek to defend her title early next year with an official announcement coming soon. Kristen went on to say ” It’s not easy as currently, boxing does not pay the bills, working full time does, however, I face some tough decisions as I look to balance my boxing ambition, and employment wise go part-time so I can see my family more, financially I need to ensure my income is not affected which is why I hope to get potential funding and sponsors on board, anything will be welcome ”.

According to UK website www.womeninsport.org
1.5 million more men play sport than women each week. Only 8% of girls are meeting recommended exercise guidelines.

If you are a female boxer looking to understand what it takes to take the step to become a pro athlete learn about the unique services and advantages of choosing AMG Sports Management.